I first read about this recipe in the NY Times. That can’t be good I thought to myself as I read the recipe. A cut of meat, dry gravy mix, ranch dressing, butter and pepperocini cooked in the crockpot for a number of hours? Sounds like a joke recipe. I couldn’t get it out of my head, so I tried it. And the internet was right! This is a delicious, hilarious recipe. 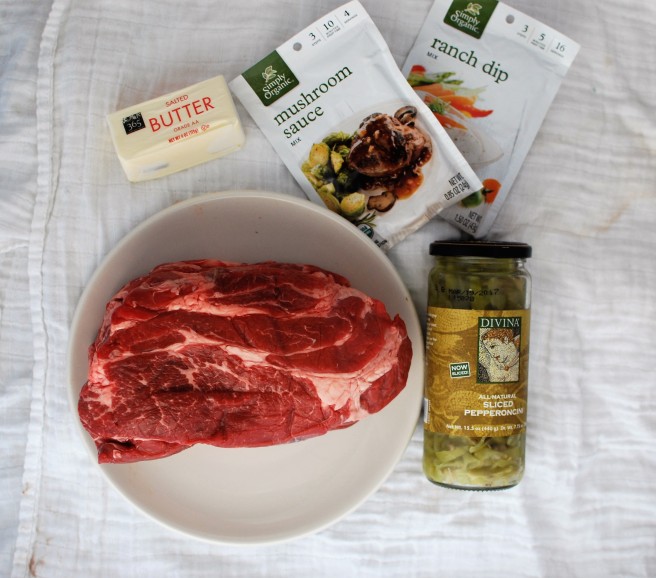 I used a 4 pound chuck roast, half a cup of sliced pepperoncinis, mushroom sauce instead of gravy, ranch dressing, and a stick of butter. Cook for 8 hours on low and then whip up some rice in the rice cooker (I love my rice cooker!!) and serve with a salad and yum.

*Simply Organic powdered mixes are mostly gluten free! Look for the GF symbol on the back.