This little dude is three months old today. These last three months feel like a blur, both like we’ve had him forever and just a few minutes. I don’t remember what life was like before he was born, and can’t believe how full my heart is.

Boo was due on Jan 15, and the doctor and I agreed I would be induced on the 21st if he didn’t come sooner. He didn’t, so at 7am on Jan 21 we went to the hospital and got things started. Once we were settled in the room, I was hooked up to Pitocin. This tricked my body into having contractions, but after 12 hours I was still not very dilated and my water hadn’t broken. They stopped the pitocin and let me eat, because I had thrown up my breakfast as soon as I got there and had been starving all day. Mike ran home and got me some food because the cafeteria had just closed. After I ate my contractions still hadn’t slowed down, which the doctors were hoping would happen so they could do something else (I forget what). They hooked me back up to the pitocin and when my contractions got too much they gave me an epidural so they could break my water. My water couldn’t be broken until I got the epidural because of how much it was going to hurt with how my cervix was. The anesthesiologist came in and put in the epidural, but it didn’t go in right so he had to try again. This was terrifying, because I had to hold perfectly still during my contractions which were coming about every minute. I cried and threw up my dinner. Then the epidural was done (3am) and the doctor ordered everyone to leave us alone until 7am so we could get some sleep. 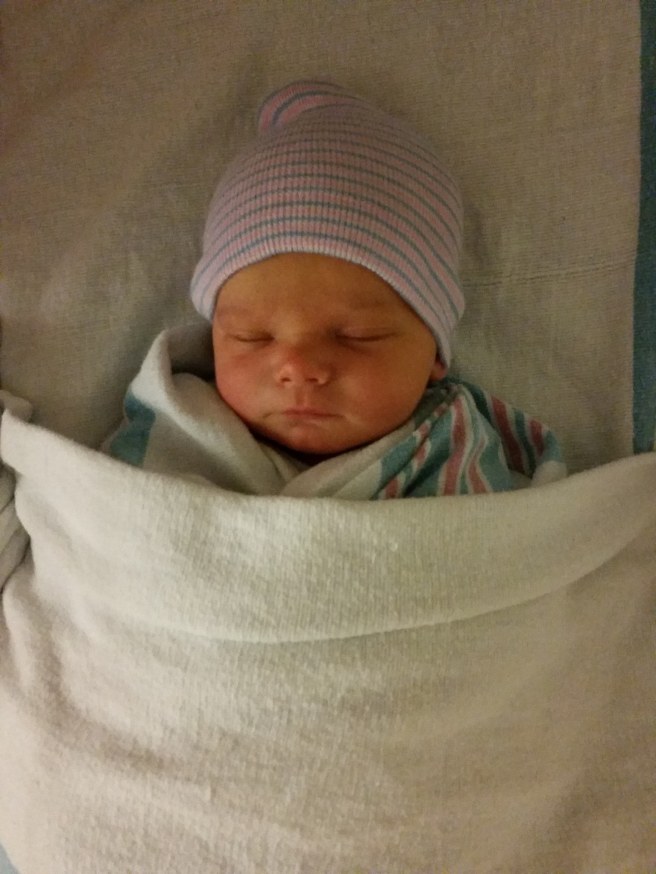 We slept a little, then the doctor came in and checked how I was doing. I was starting to dilate finally so he said he’d come back at 11. Mike went home to take out the dogs and shower. When he came back I was at 9cm and it was finally time to start pushing. I pushed for two hours, then the doctor reassessed and re-examined me and decided I needed a c-section. The anesthesiologist came back and gave me more epidural drugs to make my belly numb and then wheeled me into the operating room. Mike got suited up and came in and sat by my head, and a few minutes later they had Boo out! He got cleaned up and Mike got to hold him while I got stitched up and put back together, which felt like a lot of tugging and pulling and pushing but didn’t hurt. Then I was wheeled into recovery where I held Boo for the first time, fed him and did skin to skin, and then took a nap while he got a bath and examined. After two hours in recovery I finally got to go back to Mike with Boo and we got to snuggle and hug and eat! I had never been so hungry in my life.

We spent the next three nights in the hospital recovering and learning how to take care of our new baby. Mike was incredible and I can’t imagine going through labor with anyone else and I couldn’t have done it without him. I still can’t believe we made this baby!